Scaler is good at... Congolese soukous

Well, I am not perfectly sure it is in the Loketo style, but I think it’s close

here the Scaler used for the guitar

and here is the guitar used with its amp 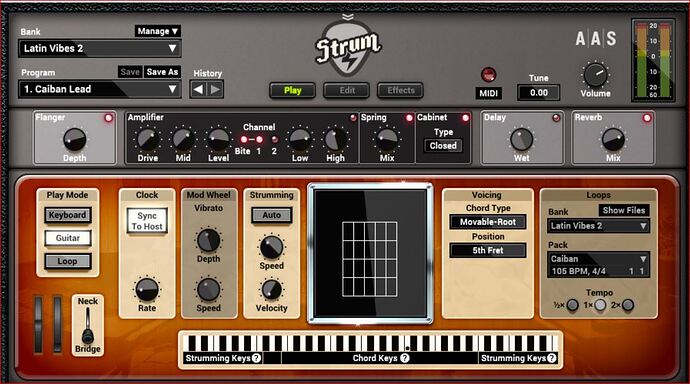 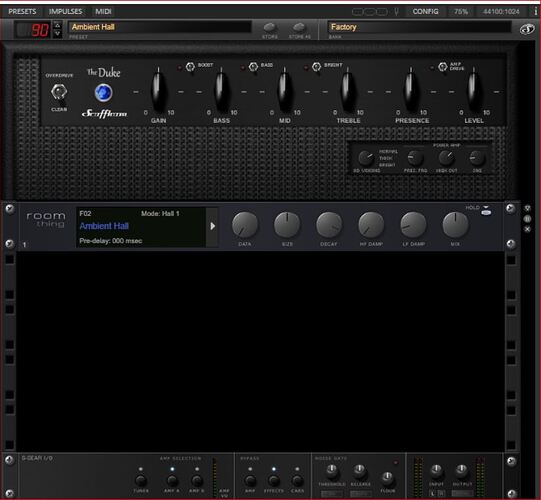 To audit Scaler chords I used the Loop mode, but after I switched to the Guitar mode, and I found that Bitwig makes things easier (compared to Live) because it’s better routing

So I used Scaler to send chords in the Chord Keys area, I put on the AAS Strum-GS track all patterns, and I moved them in the row forming a cool series by ear, so creating way more variations, while keeping more control compared to the Loop mode with variable riffs

And here is the result, Loketto Scalato

I saw your iZotope tag, out of interest (I have and use v9 of Neutron and Ozone Advanced) what version are you using? Have you upgraded to 10? Since I just produce at home and release to a small audience, I’m struggling to decide if the upgrade is worth the money. Thanks.

I tend to be conservative about upgrades, and I change a tool just when I milked it dry and/or I reach a severe limitation, like in case of my previous DAW, so I am stuck on the version 9 Advanced, and I think I’ll keep it for a long time

Scaler is one exception because each version adds many amazing features

I don’t know if it’s Bitwig but this sounds far better then what you were doing in Live. It feels more relaxed. Live always felt too square. Good job. I think the switch was good for you musically. Now do a complete song.

Thanks for responding Claudio. I’m leaning towards:

. Waiting till v9 is no longer supported on the MaxOS operating system I’m using
. Challenging myself to mix and master better with other tools I own

The reviews, as I read them, seem to suggest the improvements are largely incremental, rather than substantial

I don’t know if it’s Bitwig but this sounds far better then what you were doing in Live. It feels more relaxed. Live always felt too square. Good job. I think the switch was good for you musically. Now do a complete song.

He he the Master is too kind, and missed I used a wrong key filter for guitar and bass

About doing a complete song… well…
it’s hard for a jammer/mousier, but I tried it sometimes, and I’ll try again

About the improvement, it is certainly due to experience and a lot of tips received in this marvellous forum

no because it doesn’t work, and the same for Relay
I am using my ears first, then Ozone Imager, that works very well for single-track spatialization

The mix sounds much better to me. I think this is a benefit. Whatever visual mixer was doing was not complimentary. Details were getting squashed.