After a long hiatus I started to write down the texts for my 3rd album
I know, I know, albums are for dinos

Well, the title of the album is Rock à la coque, and as the title suggests it’s all about fowl

The first track I composed had an English text, that was edited by an UK friend, but my famous bad English persuaded me to write Italian texts instead

Nevertheless, I think the English text can be appreciated by somebody, for example @yorkeman

so I drop it here

In case @davide thinks it’s too foul, feel free to remove it
but also thinking to certain text of modern and old rock, I hope it will not the case: fowl is just involved here, after all

Tried many a time to make things click
But lo and behold still no chick
the toing a froing, isn’t getting it going
maybe the hen is nothing but blowing

finding the right way to make a chick
is leaving our rooster feeling crick
but it’s time to hurry, and straighten the post
So as not to end up as that weeks roast

All bluster, bravo and cock-a-hoop
They are the stars of the chicken coup
Nestled down on an odd-shaped egg
With a crack and a bang it seems bizarre

Music AND poetry! Very witty … Is there no end to this man’s talents ?

Well, this appears to be in iambic tetrameter (?), and that makes it great for rap (da Di da DI da DI da). The raunchy lyrics would be perfect when done by Niki Minaj.

I’m puzzled by your declaration that your English is hopeless when authoring such works. I hope we will hear this put to music with you rapping in an Italian accent … 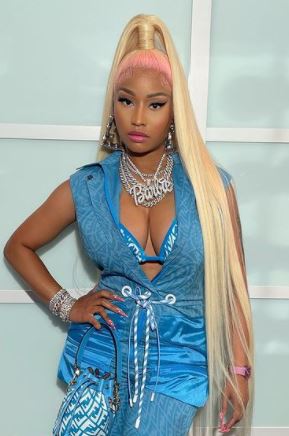 I’m puzzled by your declaration that your English is hopeless when authoring such works.

Ahem, as I said above @yorkeman , the text dropped here was DEEPLY edited by an UK friend of mine

and telling that “my English is hopeless”, I meant spoken English…

I’ll be honest with you about your text. I think it’s pretty perfect, and the pitch should catch on if you choose the right beat that will catch on the listener. Have you tried music promotion services? I think that with them, your album would get more popularity because they aim at it. This promotion is necessary for every artist, regardless of his chosen genre. It means that you can have a success which comes more quickly than if you promote your music by yourself.

Have you tried music promotion services?

thanks dor advice, but I don’t need any promotion
My job is different, and I play music, or better I jam, just for fun

now, coming to the text, that text is fine because was written by a UK friend of mine, but the problem is that I cannot sing in English because my pronounciation sucks

So I will sing in Italian, with texts that I am editing now

So I will sing in Italian, with texts that I am editing now

It seem to me this is quite hard to do, so it will be interesting

{1} The English actually scans very well in tetrameter, but putting it into Google Translate for , say, verse 4 gives

… and there are a different number of syllables , and lines 1/2 and 3/4 no longer
rhyme. It obviously needs some moulding for Niki M to get her head (or in her case, should I say ‘mouth’? ) round it

{2} More interesting, Google completely ignored context and translated ‘cock’ literally (?? presumably as in “che cazzo vuoi?”), whereas your original is a wonderful ‘double entendre’ (in the finest English Music Hall tradition) and hence witty and slightly naughty, but not offensive.

So this is a perfect example of how incredibly difficult it is to map songs from one tongue to another, and how the task needs a human and not Google to get any sensible version. Machine translation has a way to go yet, IMHO.

I’ll look forward to your proper and human Italian version and I’m sure that you’ll do it with the same flair as the English version !

(Later) As a footnote, I also looked at your music list again (best described as eclectic in the variety of styles - wonderful) and checked out Vasco Rossi (chosen because I am a fan of compatriot Valentino) and was pretty taken. The tracks I have listened to so far torpedoed my (ignorant) pre-conceptions of how various languages might fit in with ‘modern’ music frameworks. l am listening to “Siamo Qui” as I type. Timeless guitar rock idiom.

Hi @yorkeman I mean a brand new text, not the translation of the English one

And it is less difficult then expected

I found an Italian website, a rimario, where you drop a word in the search field and all words in rhyme jump out: amazing and very funny
for example, here is the first preliminary verse

Scanning wise, that would seem to work in a variety of genres …

It’s good to know that you wrote the first track in English and had it edited by a friend from the UK, although your own doubts about your English persuaded you to write the album in Italian. And if you’re wondering what would be the best approach for the promotion, you should know that there are a lot of different ways to promote your music and the right one will depend on the kind of audience you are trying to reach and your budget. I recommend you to check out https://songlifty.com/. They might help you with your album promotion and distribution.
And I’m glad you’re sharing your lyrics here and it sounds like you’ve put some thought into the story and imagery you’re trying to convey in the song. The verse you’ve shared is interesting, with a mix of humor and a playful attitude, but also with a hint of seriousness.

Yes, having a text wrote in correct English is just the 1st step
But then, you have to sing it correctly, and I was unable to do it …

Maybe that the day a good vocalizer plugin jumps out, I will be able to complete the task, but the project is currently stopped